Earlier I used to be surprised when I got to know of my colleagues who turned father and were in office in business as usual mode before as well as after birth of their little one.

How these guys are managing it? It would be so stressful managing the new needs of the delicate little one, their mother and be equally present in work. Whatever we say it can only be fully appreciated when one thyself faces the situation.

I am not trying to compare fatherhood with motherhood. Nothing can come closer to the experience and emotions which a women goes through from the stage they are planning a family itself (yes, from planning itself; some women have to undergo a lot of mental stress if it doesn’t happen as per plan) , conceiving, labour, delivery, nursing and forever.

But the emotions which a father goes through (assuming now in these times, father shares all the responsibilities with mother including changing diapers of baby in night) is something rarely discussed. 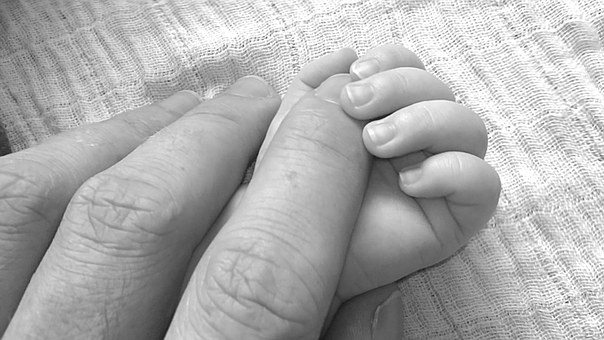 The moment my little one arrived and the immense support on unexpected things I got from her father; it made me realize the role and emotions the male partner goes through. I was just speechless seeing this beautiful angel for the first time. But then I just could not hold her and didn’t know how I would nurse her.

From that moment I realized the fatherhood and partners support. Till the time I was in recovery room, he shuffled between me and my little one as somehow we were placed on different sides. After being brought back in the hospital room, he was taking care of this angel like a pro. He was continuously holding her and helping me nurse as I could not move from the lying down straight position for 24 hours. With his help, nurses support the hospital stay ended and finally we were back home. Although it’s not a big science but it took me a good while to take a hang of diapers for her & all this while he used to happily do diapering and burping in night and in morning before going to office.

All this made me realize how sleep and rest deprived fathers could be at times ; waking up now and then in night till baby has made herself/himself comfortable with some schedule and then handling the office affairs in day time along with running any errands which the new responsibility has brought in. But as one of my friend said it’s all a phase and a blessing & experience in itself.

Fathers approach makes a lot of difference to newborn and mother and plays a very important role in this new journey when a family member is added. It’s time we start appreciating fatherhood if not doing already.

View all posts by preetymundhra