One particular business cluster which was the key location for all the trades in a particular commodity say “ABC” got engulfed in an unexpected. It caught a devastating fire. It was a key business of that state wherein thousands of businesses were operating in turn providing business as well as employment opportunities to another thousand. 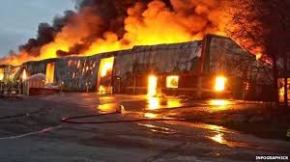 Obviously when this was a key business cluster  and business operates on own as well as borrowed, so alarm bells started ringing at lenders place. As soon as the lenders got to know of this fire through their sources and media, panic started among them on the fate of recoverability of their dues from these businesses who were impacted with the tragedy.

They started  calling these businessman when the businesses themselves were trying to cope up with the tragedy, estimate the damages and decide on next course of action. And in between all these comes the lender calling for payment of loan due as well as not due on account of the weakened position of business.

Fire in this business cluster is one example of unexpected. This still can be managed by businesses to some extent by having insurance and fire safety etc. But that would be limited extent only. Insurance claim will come after some time lag. Fire safety is a precaution to some level but if the entire cluster had such a disastrous fire due to any reason, individual safety levels cannot contain much of the same.

The point I am trying to make is lenders can treat these businesses to whom they  have lent money as mere borrowers and start recalling the loan on happening of any event which has the possibility of crippling the business. This in turn may actually lead to permanent disability of this business which is already trying to come out of this tragedy.

Or they can treat them as their business partners wherein instead of panicking and calling back the money at a time when the businesses need it most to re establish the work; they support them. 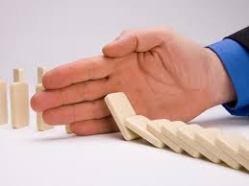 Obviously there are regulatory requirement for the lenders (Banks, NBFC’s , Finance cos) to fulfill and freeway cannot be given as there is depositors, shareholders money etc involved. However, there would obviously be ways in which each organization can frame their internal policy and provisions within the ambit of law and interest of other stakeholders- depositors, shareholders etc. Ultimately it’s the strategic partnership and long term relationship which will be positive contributor for the both- lender and borrower, irrespective of the competition and innumerable offering available in the market.

It’s the support in worst times of each other, business partners test the strength of their relationship.

Most of us are in business & all businesses want to grow & work for PROFIT.

I was reading about a company which contributes resources by identifying certain causes. This in turn leads effective & maximum impact  for the selected causes.

If instead of the current metrics of corporate performance measurements of profitability, growth vis a vis analyst expectations there was a BUSINESS SUSTAINABILITY INDEX, would the business ecosystem become more conducive for all the stakeholders? 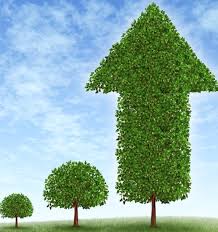 Journey of every business is along with all its stakeholders together- shareholders, lenders, customers, suppliers, employees, society, environment, Government.

Whether the pace of business growth & objective of profitability adversely affects the environment in terms of pollution, effluents, wastage/ depletion of natural resources etc?  There are at least two alternatives for everything we do. That’s what needs to be addressed if not already. If an effluent treatment plant or use of alternate manufacturing process or alternate raw material; can turn the damage into a sustainable course for all, then why not. For instance, Caustic soda is globally manufactured by following three technologies of which two causes higher pollution and consumes higher electricity; while the third one over scores on both with the limitation that capital cost is relatively higher. Based on a research only a small % uses this method. In view of the long term effects I am sure shareholders and lenders would favour the third technology as in any case the rest two will be phased out sooner or later.

Engagement done by the corporation with other stakeholders  by contributing to overall social development – be it in education, healthcare etc goes a long way and ultimately supports business growth in the long run.

No doubt businesses are meant for economic welfare. They however can choose the course and bring some changes which contributes to stakeholder welfare & would ultimately help them meet shareholder returns – both in short term and long term.